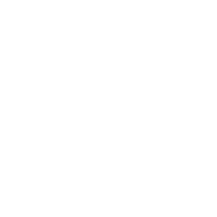 In 2006 Vanessa sustained a traumatic brain injury in a freak accident. While waiting at a stoplight an overloaded dump truck sped by her car. A boulder fell to the ground, broke apart, and a fragment flew in her open car window striking her in the head. She was pronounced dead at the scene. Rehabilitation was a long process and ended with Vanessa being unable to return to the workforce.

Vanessa began painting to express emotion and found it allowed her to focus her attention, relax and get lost in the colour and texture of oil paint. She now creates her abstract paintings on large canvases using a mixed medium.

At this point in her career Vanessa has been featured on CBC London radio and in Curve Magazine. Her artwork has made appearances in various editions of Our Homes Magazine and hangs on the walls of Western’s Interdisciplinary Research Building. It also can be seen in several commercials, movies and TV shows, such as The Rick Mercer Show.

Vanessa has participated in the Visual Fringe Festival, Pride Art Show and the 2017 Fall Art Show at The Aeolian Hall. She has recently opened her own art studio and is apart of the 2019 London Artists’ Studio Tour. A philanthropist at heart, Vanessa supports the London Brain Injury Association, All Breed Canine Rescue, the London Lesbian Film Festival and other local charities.

Ten years after her injury, Vanessa had a career again.

She is an artist. She is a survivor.